Late April into Early May can be one of the busiest times of the year for Octagon clients in the four major American sports. We just watched the 2018 NFL Draft. The NBA playoffs are in full swing, featuring eight Octagon Basketball clients. The NHL Playoffs are also reaching the midway point, and seventeen clients are still competing for the Stanley Cup. Even though the MLB season is in its early stages, Octagon Baseball clients have already made their presence known, particularly with one young superstar finally taking his place with the Baby Bombers in New York City.

Octagon Football started the 2018 NFL Draft Weekend with a bang, as client Kolton Miller was drafted fifteenth overall by the Oakland Raiders. Miller, a prototypical talent prospect out of UCLA, is the highest drafted UCLA offensive lineman since Hall of Fame Ravens offensive tackle Jonathan Ogden was selected fourth overall in 1996. Miller is expected to step in and compete from Day 1 for a starting role on Oakland’s offensive line.

Congrats to @OctagonFootball client Kolton Miller on his 1st Round Draft Selection by the @RAIDERS! 👏👏👏#OctagonFamily #NFLDraft pic.twitter.com/ixOoAl72HL

Octagon Basketball heads into the second round of the playoffs with nine NBA players on rosters. Stephen Curry, a two-time NBA MVP, returned from his month-long absence to score 28 points in his 2018 playoff debut, and guided the Golden State Warriors to a 4-1 victory over the New Orleans Pelicans in the Western Conference semifinals. Up next for Steph and the Warriors is a tantalizing matchup with the Houston Rockets, but he is up for the task.

Las Vegas Golden Knights starting goalie Marc-Andre Fleury continues to build his case for the Conn Smythe Most Valuable Postseason Performer as he attempts to carry the first-year franchise to their first Stanley Cup Final. With a sterling 8-2 postseason record,1.53 goals allowed average, 0.951 save percentage and four shutouts through the first two rounds of the playoffs, Fleury is rapidly ascending towards the top among single-season playoff performances ever by a goaltender. He currently ranks second in save percentage and is tied for sixth in shutouts.

Octagon Baseball client Gleyber Torres began his Major League career on April 22, and has been on a torrid stretch since, batting .333 with 2 HR, 11 RBI, and five multi-hit games. The Yankees have gone 14-1 since he was inserted into the everyday lineup, and he has provided reliable fielding (only one error in fifteen games) from second base. If he continues his two-way play for a suddenly on-fire Yankees lineup, he could find himself thrust into the heart of the AL Rookie of the Year race.

IT'S A WALK-OFF IN NEW YORK.

Gleyber Torres becomes the youngest player in Yankees history with a walk-off HR. (via @EliasSports) pic.twitter.com/ChTUmQDF8b 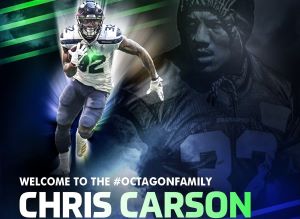 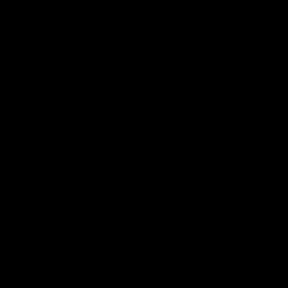 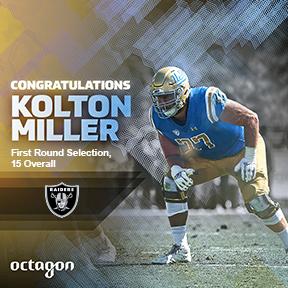