Shifting the Odds: Agents Can Make All the Difference

This is a guest blog post by Rory Rebbeck in our London office. Rory is a Client Manager and FA Registered Intermediary. You can follow his daily thoughts on Twitter, @RoryRebbeck.

Want to make it as a professional footballer? Well, you’re not alone. With about 12,000 boys in the UK’s academy system and a success rate of 1 in 1,200, you are more likely to hit a hole-in-one, see Stephen Curry miss a 3 pointer or England win a penalty shootout …oh wait!

A well-known takeaway from Malcolm Gladwell’s Outliers: The Story of Success states that 10,000 hours are the minimum to be excellent at just about any skill. And when you think about the number of skills a professional footballer needs, that’s an awful lot of dedication, sacrifice and focus needed in order to have a chance of turning pro and joining that elusive “0.012% club."

Sound like hard work? It is. Only 180 of the 1.5 million who are playing organized youth football in England will make it as a pro - that is when a youth player, usually at 17 years old, receives a salary and leaves school to sign a contract with a club.

Career management, player contracts, public relations and welfare advice are just a few of the duties taken on by an agent. So having someone trustworthy, credible and experienced is critical as you search for those marginal gains.

So, when you isolate the role of an intermediary, it is easy to understand the importance of having the right team behind you so you can focus on the field. After all, the way the media portrays you can play a big part in perception, which can, if managed poorly, ultimately lead to superficial judgements, gossip and opinion. This might impact how someone like David Gold, as well as other key decision makers, perceive you. Damien Comolli, when CEO at Liverpool, said, “tell me who your agent is, and I’ll tell you who you are”. Then you have to think, will the perception of my agent impact a potential career move, a new contract? Absolutely! So ensuring that your reputation is protected, you’re given the right advice and your best interests are supported, not mollycoddled, will help reach that next level, the level needed in order to make it as an elite athlete.

In any elite sport over saturated with talented individuals, the importance of having everything off-field in check is integral to your chances of joining that exclusive “0.012% club”. The cream of the crop will typically rise to the top, but to join the 0.012% club, everything has to be well-managed, and having someone in your camp who is going to protect that is imperative.

But if just being a professional player is not high enough in your aspirations, then the odds get really scary.

So, with these challenges ahead and knowing how increasingly tough the journey to the top is, you better be 100% certain your intermediary is not learning as they go along. After all, there is no dress rehearsal in professional football. 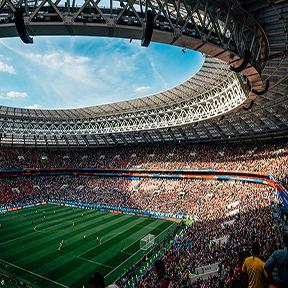 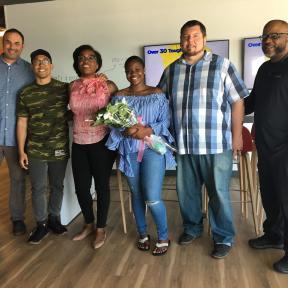