“Have you seen that new Netflix series?” A common question nowadays, but not one I would have normally associated with a Formula 1 (F1) race weekend.

At the first race of the 2019 season in Melbourne, Australia, “Formula 1: Drive to Survive” was the talk of the paddock. The complexity of F1, coupled with a historically archaic approach to content outside of the race broadcast, has consistently been a barrier to engaging a younger audience. The success of the show with new and existing fans provides evidence of the commercial nous of new owners Liberty Media coming to bear and bodes well for the sport’s future growth.

Regarding sponsorship, the biggest talking point this year has been about big tobacco, or the lack of it, on both the Ferrari and McLaren cars in Australia. With Philip Morris introducing its Mission Winnow initiative at the end of last season and Ferrari and BAT announcing its return to the sport earlier this year with McLaren, some in the industry felt we could be seeing a return to the era where big tobacco dominated the F1 sponsorship landscape. Legal action from Australian authorities in relation to the Mission Winnow initiative however, prompted both brands to play it safe and remove their branding for the Australian Grand Prix, with each brand returning for last weekend’s race in Bahrain. This will be something to keep an eye on throughout the season, as countries evaluate the result of the legal action in Australia. During this time, there’s a higher possibility of teams running light and dark market inspired liveries, as is already the case with alcohol sponsors in certain markets.

Overall, it’s easy to argue that, from a sponsorship perspective, the sport is in a good place. The 2019 season has seen the introduction of three new team title partners: Rokit Williams Racing, Rich Energy HAAS F1 Team and Sport Pesa Racing Point. When combined with announcements such as Coca-Cola extending their relationship with McLaren and Liqui Moli signing as a new regional Global Partner, we’re seeing big deals and big names entering the sport. And with fan engagement and the global TV audience continuing to grow, 2019 looks to be an exciting year for F1. 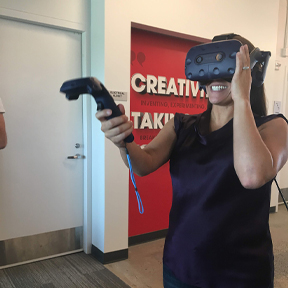