With the Winter Games upon us, I sat down with SVP Nick Griffith, Octagon’s Olympic sponsorship expert, to discuss some of the latest Olympic marketing trends he’s watching.

Kovacs:  Nick, remind me again, this your 10th Olympics at Octagon?

Kovacs:  What are some of the biggest changes you’ve seen since Rio?

Griffith: Overall, we’ve seen a lot of changes to sponsorship rosters for both the USOC and the IOC. In particular, technology companies have emerged as a category to watch closely.

Kovacs:  Let’s talk a bit about the factors that contributed to the sponsorship roster changes.

Griffith:  The growth of the New Endemics is a major factor.

Kovacs:  At Octagon, we’ve been watching the emergence of the New Endemics and sharing our thoughts with the industry on a regular basis. The New Endemics are technology-led companies that are transforming the sports experience.  The IOC has new sponsors that fit the New Endemics category, including Intel and Alibaba.  They joined an impressive group that includes Atos, Panasonic, and Samsung.  Octagon client Cisco, a Tokyo 2020 sponsor, is another New Endemic invested in the Olympic space.  What do you think we’ll see from these brands in in PyeongChang?

Griffith:  These tech-based companies have great potential for activating their Games sponsorship, while also assisting the IOC with reaching a larger audience. Alibaba’s partnership was founded upon utilizing cloud services to help the IOC operate in a more secure way, as well as to support a digital Olympic Channel to capture key moments and events online, and to generate additional revenue for the IOC and National Olympic Committees through ecommerce. Intel will be utilizing 5G platforms and creating content for VR, as well as 360 and 3D views. These New Endemics will help to deliver content to a wider audience and through new channels.

Kovacs:  What do you see as the implications for current and future sponsors of the Olympic Movement?

Griffith:  There are three things we’re keeping a close eye on.

Pushing the Envelope // Omega has been the Official Timekeeper of the Olympic Games since 1932 and recently extended their TOP sponsorship through the 2032 Games. In addition to timekeeping, they have improved their sponsorship by infusing additional technologies to enhance performance analysis. Long-standing sponsors, such as Omega, have to continue to make their technology relevant to consumers and innovate to set pace with the rest of the New Endemics.

Test and Learn // Several of these New Endemic brands, such as Samsung, have used smaller events, including the Youth Olympic Games (YOG), to test out new and innovative technology prior to unveiling it on the big stage. At the Lillehammer 2016 YOG, Samsung provided VR live-streaming for viewers, which they later unveiled at the Rio Games. As new technologies become available, we will continue to see companies test out their innovations on a smaller-scale to determine feasibility at the main event.

New Opportunities // Following the Rio Games, the IOC saw only one brand drop their sponsorship but added three new brands to The Olympic Programme (TOP). The rise of these New Endemics has helped create all-new sponsorship categories that never existed before, while also making it critical for rightsholders to be very deliberate in the way they define sponsorship rights. In addition to new categories, existing TOP sponsors have expanded the role they play — Dow adding a “Official Carbon Partner” designation and Samsung incorporating “computers” after Acer dropped their sponsorship. Moving forward, rightsholders will not only need to create new sponsorship categories, but evolve existing rights.

Kovacs:  Thanks Nick. Before we wrap it up, tell us little bit about what you’ll be doing in PC and how some of our clients will be activating.

Nick: I’ll be on the ground for over a week managing programs and catching up with colleagues who are working on-site as well. Several Octagon brand clients are activating around the 2018 Games including Cisco, DICK’S Sporting Goods, BMW and Zurich.

For Cisco, we’ll be using the PyeongChang Games as a vehicle to look ahead as we lead planning and execution for the brand’s customer hosting and experiences leading up to and during Tokyo 2020. We are working in tandem with Cisco Japan’s creative agency, Dentsu, on the Tokyo 2020 project.

Kovacs: No doubt you'll be busy - have a great trip Nick.

To keep tabs on Nick’s experiences in PyeongChang, follow Nick at @IAmNikipedia. 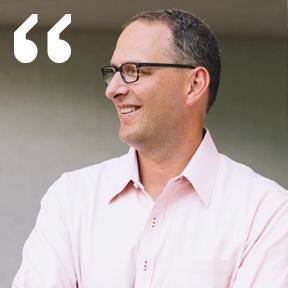