Top Seed Open Marks the Return to Professional Tennis in the U.S.

Inaugural WTA Tournament to be Telecast on Tennis Channel

LEXINGTON, Kent. – July 24, 2020 – The Top Seed Open, presented by Blue Grass Orthopaedics, today announced its lineup of players competing at the upcoming Women’s Tennis Association (WTA) tournament from Monday, August 10 through Sunday, August 16, at the Top Seed Tennis Club in Lexington, Kentucky. Serving as the first professional tennis event in the United States in more than five months, the event will be highlighted by an all-star roster of the best women’s tennis players in the world, including 23–time Grand Slam Winner Serena Williams (No. 9 world ranking).

“We’re thrilled to have an incredible field of all-stars competing in this year’s event, and are appreciative of the tremendous support of the players, the WTA, and Octagon,” said Jonathan Sanders, Tournament Director, Top Seed Open. “We are eager for the return of professional tennis in the United States, and are looking forward to hosting a world-class tournament in Lexington.”

“Octagon is proud to be a part of the return to professional tennis in the United States, and work with many of the greatest players in the world, along with our partners at the WTA and Top Seed Tennis Club, to bring this new event to Kentucky,” said Alastair Garland, Vice President, Octagon Tennis. “This tournament is a testament to the power of the tennis community, and the collective support from the players, to come together and build something great during a very challenging time across the globe.”

Marking the return to tennis in the United States, the inaugural WTA Tournament will be a lead-up to the Western & Southern Open, and the U.S. Open.

The Top Seed Open will be telecast on the Tennis Channel, beginning Monday, August 10, at 11:30 a.m. ET. The event will also be distributed globally, reaching more than 80 international markets worldwide.

The Top Seed Open is organized by Octagon Tennis, in partnership with The WTA and Top Seed Tennis Club.

ABOUT THE TOP SEED OPEN:

Founded by Billie Jean King in 1973 on the principle of equal opportunity for women in sports, the WTA is the global leader in women’s professional sport with more than 1,650 players representing 84 nations competing for a record $180 million in prize money. In 2019, the WTA was watched by a record-breaking global audience of 700 million. The 2020 WTA Tour includes 53 events and four Grand Slams, spanning across six continents and 28 countries and regions. The season culminates with the Shiseido WTA Finals Shenzhen, offering an unprecedented $14 million total prize purse and honoring the season’s top singles and doubles players. Further information on the WTA can be found at www.wtatennis.com. 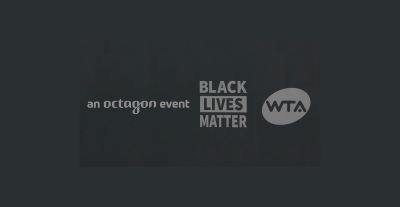 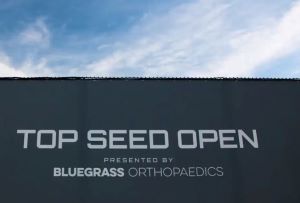